Learn all about Scarecrow, Feathertop, and Wise-Buck Smoked Meats

Acclaimed chef Damon Wise and brand builder Jonathan Buckley have kept a big secret for the past two years — a 7,500-square-foot secret to be exact. Not only are they bringing a new restaurant to Charleston, but they are launching three consecutive concepts before the end of the year. Scarecrow & Co. will debut next month at 23 Ann St. This title is the overarching name for the three distinct restaurants that will open in the former train depot parallel to the Children's Museum of the Lowcountry. The individual concepts are Scarecrow, Feathertop, and Wise-Buck Smoked Meats. Here's everything you need to know about the under-the-radar projects.

Buckley and Wise came together in 2014 to bring a restaurant to Charleston, which got the rumor mill going. At the time, Wise was a high-profile chef in New York at big deal brasserie Lafayette. Wise had also been a big player in the Tom Colicchio empire, worked at Gramercy Tavern, and cooked under Laurent Tourondel at Cello and Christian Delouvrier at Lespinasse.

Buckley worked in advertising and was a founding member at renowned agency mcgarrybowen, which was named Agency of the Year by Advertising Age in 2009 and again by both Advertising Age and Adweek in 2011.

Why the name Scarecrow & Co.? Wise says that the produce of the Lowcountry ultimately lured him to Charleston. Scarecrows, seen as "protector of the crop," made sense for the moniker of restaurants focused on local products. "The vegetables here, the pig farms, and the chicken farms — they are all just amazing, because the sun is always shining," says Wise.

Scarecrow & Co. sits in a former train depot that lacked running water and electricity when Wise and Buckley took over. Think of a shotgun-style house, and that's how Scarecrow & Co. is set up. The long and narrow space places the three concepts in a line with a large prep kitchen in the middle. Wise says they looked at other addresses in Charleston, but they stumbled upon a sign proclaiming "restaurant space available" at 23 Ann St. and thought it would work.

Wise states that he wants Scarecrow & Co to be a "something for everyone" type place. He imagines, with multiple concepts under one roof, guests can visit several times in a week to dine at different price points and enjoy different menus 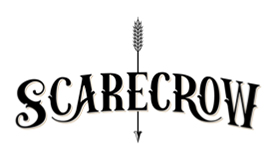 The concept Scarecrow sits on the north side of the building nearest Ann Street. This dinner-only restaurant is the most upscale of the trio, with prices ranging from $14 to $32. Wood-fired items highlighting Lowcountry produce shape the Scarecrow menu. A brick oven and open flame grill takes center stage in the dining room (see the setup of Fore Street in Portland, Maine for an idea of what to expect), and guests will have front row seats to the chefs prepping dinner, as banquettes surround the fire station. They plan to have an outdoor wine garden at Scarecrow and a reserve wine cellar.

Named after the short story of a scarecrow coming to life by Nathaniel Hawthorne, Feathertop is the more casual cousin to Scarecrow. Whereas Scarecrow's interiors are clad in brick and dark wood, Feathertop will be bright with natural wood, skim-coated brick, and mid-century pieces. The menu, with items from $10-$25, leans lighter with vegetable-heavy dishes, local seafood, and homemade pastas. In addition to the 65-seat dining room, Feathertop guests can sit outside, and there will be an all-day coffee and wine bar. Nicaraguan coffee entrepreneur Cesar Vega oversees the coffee program. Feathertop will be open for lunch, brunch, and dinner. 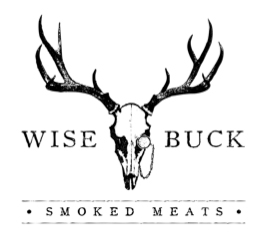 The most casual of the three concepts, Wise-Buck Smoked Meats focuses on exactly what the name says — smoked meats. The kitchen serves various meats with seasonal, market-focused sides, canned beers, and wine. Expect picnic tables, outdoor seating, and room for just over 50 guests. The menu items are under $14 and will be served from 11:00 a.m. to 11:00 p.m. Wise-Buck Smoked Meats is located on the south side of the 23 Ann St. building near John Street. The interiors are full of charred wood, wallpaper from Flavor Paper in Brooklyn, and vintage taxidermy.

"With every restaurant I've built, it looks like it's not going to happen, and then it comes together," says Wise, and he has lots of experience bringing restaurants to life. Wise-Buck Smoked Meats opens next month, and the other concepts will have staggered releases. On debuting three concepts in a relatively short period, Wise explains that he's been cooking for a long time and that doing something different was attractive. Wise also says he is excited to be back in a kitchen soon.