Welcome to One Year In, a feature in which Eater talks to the chefs and owners of restaurants celebrating their one year anniversary.

Share All sharing options for: A Year of a Fried Chicken and Finicky Soft Serve at Leon's Oyster Shop

Co-owners of Leon's Oyster Shop, Brooks Reitz and Tim Mink, saw a need for a New Orleans-style oyster house in the Charleston, and they were right — the establishment has been a hit since day one. Immediately upon opening, the restaurant made the pages of numerous publications like Southern Living, Garden & Gun, and Travel + Leisure. 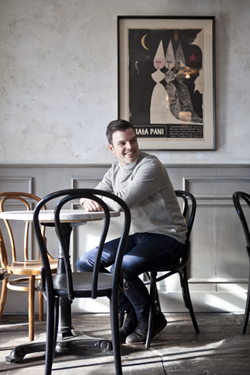 North Central charmer Leon's Oyster Shop recently hit the one year mark and shows no sign of slowing down. Locals and visitors to the Holy City can't get enough of chef Ari Kolender's chargrilled oysters, crispy fried chicken, and refreshing salads. When the weather is nice, the patio at Leon's becomes one of the most coveted spaces on King Street.

Reitz and Mink brought Kolender in early on in the process, and he was able to give the menu his own Californian touch (the chef studied at Le Cordon Bleu in Pasadena, California). "It was fun for me to reinvent the Southern menu," says Kolender, "I grew up here eating heavy food, and it was important for me to bring in a healthier side I learned in California. I wanted to merge the two." The chef's plan worked, as the Siam Salad is almost as popular as the two-piece chicken at Leon's. When asked what makes the Asian-influenced bowl so special, Kolender tells us, "The dressing. You can put it on anything, and it will be the most miraculous thing you ever tasted."

Other than the far-from-waning popularity of Leon's, the restaurant has seen other accomplishments over the past year. Kolender was a James Beard Award semifinalist for Rising Star of the Year — an amazing compliment to chef, who says he was shocked when the announcement came. "I never thought in a million years that that was something I'd be noted for," Kolender humbly admits. 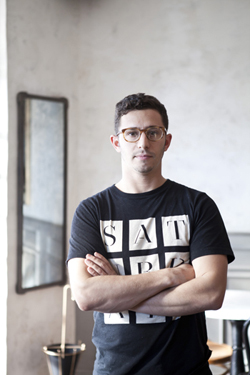 Of course there were some hiccups along the way, but mostly in the form of a fussy soft serve ice cream machine. "We serve a ton of soft serve," Reitz relays, "and we've definitely overtaxed the machine." Kolender jumps in, "We used it so much in the beginning, that we actually had to watch the training video several times to figure out how to get it right." The addition of soft serve was inspired by Louisville-based shop Dizzy Whiz (Reitz is from Kentucky), but Reitz says he didn't realize the "serious finesse" behind pulling the perfect cone. The team is happy to report however, after a year of practice, they are all pros at the soft serve machine. Reitz smiles, "It's a sense of pride."

With year one behind them, they are concentrating on the newest addition to the restaurant group, Saint Alban. The all day cafe, directly down the street from Leon's, recently ushered in dinner service with a thoughtfully arranged menu from Kolender. In approximately two months, Leon's will also see the addition of a private event space behind its main building. Reitz hints that they may have more in the works, but didn't elaborate on what they might be up to. "We're looking a a couple of new projects ... we have some great talent, and we want to be able to offer other opportunities for them," he says. If the new enterprises are anything like Saint Alban and Leon's, it's safe to say they'll be triumphs as well.