For The Five Days of Meat, regular contributor Timmons Pettigrew convenes with some of the personalities bringing top meat products Charleston, in a series he likes to call "Eater Meets the Meaters." 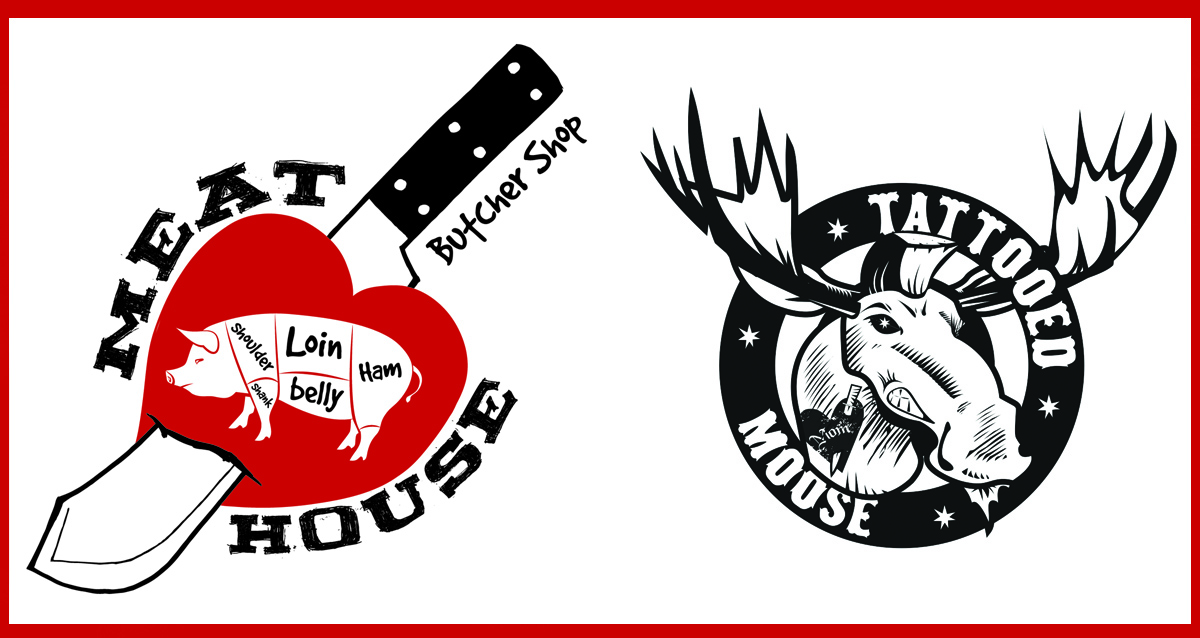 Before 2008, the Farmers' Market at Marion Square was mainly the domain of the vegetable kingdom. It was easy to meet your fruit and veg needs on a sunny Saturday, but you largely had to go elsewhere for meat. You definitely had to go elsewhere for bacon. Jason Houser ushered in a permanent change to that dynamic when his Meathouse stand popped up, offering market-goers fresh, handmade, locally-sourced chops, sausages, and bacon.

You can still find the stand on the King Street side of the market every weekend, behind the food vendors, facing the Francis Marion Hotel, but Houser is an increasingly busy man. He recently took over the kitchen at NoMo O.G., The Tattooed Moose. This may seem like a stretch, but only if you don't know the storied culinary background of this smiley pork purveyor.

Eater caught up with Houser between shifts, discussing the future of Meathouse, The Tattooed Moose, staging for legends, and shoving bacon into pie.

How would you describe Meathouse for those that haven't heard of it?
Meathouse is a butcher shop set up at the downtown farmers' market. We only sell local (from in the state of South Carolina) meat that is humanely raised. We sell popular cuts of meat as well as artisan charcuterie.

How much of your final product are your responsible for? Do you buy whole animals and break them down from there into Meathouse delicacies, or are there intermediaries (butchers, etc)?
The animals are slaughtered at the slaughterhouse but after that we are responsible for everything. We butcher the animal, make the seasonings for the sausages and pâtés, cure and smoke the bacon, etc. Everything comes from our hands.

Folks may know you from your stand at the Charleston Farmers' Market, but what was your culinary background before that?
I have worked in restaurants since the age of 15. While earning a religious studies degree at the College of Charleston I worked at numerous restaurants around Charleston. After graduating, I realized that the culinary world was my true passion.

I left the Charleston Grill in 2007 to open Muse on Society Street. There I was nominated for the James Beard award for Best Chef Southeast in 2008. In 2010 I left Muse to open Meathouse.

What drew you from there into the meat game?
I have always had a passion for meat but started developing it at Muse when I started working with Steve Ellis at Bethel Trails Farm. I began to realize that it was easy to source local meat if one was a chef, but nearly impossible to source local meat and meat products if you were not a chef unless you had a big freezer and wanted to buy a half or whole animal. I saw a niche there that needed to be filled. Everyone should have access to quality locally raised meat and meat products without having to jump through hoops and/or spend a fortune because they are forced to buy in bulk.

How did Meathouse translate (or did it translate) into your current role at The Tattooed Moose?
The Tattooed Moose is a meat-focused restaurant. The concept is growing into its second location on Maybank Highway on Johns Island sometime this winter. Jen and Mike Kulick (who also own Voodoo Tiki Bar & Lounge) saw the need for a partner who could handle the back of the house operations. We thought there might be some synergy between Meathouse and the Tattooed Moose so we partnered in both businesses.

What Meathouse products can folks expect to find at the Moose's menu?
We feature the country pâté on the pâté melt sandwich, The Cuban sandwich has Meathouse smoked ham, and the applewood smoked bacon is featured in the chocolate and bacon pie. We also run specials using Meathouse sausages and other Meathouse products regularly.

Which of your products would you say is your favorite, or at least a favorite right now?
My favorite products right now are the peppered bacon and the Chiang Mai sausage.