From Deviled Eggs to Dance Parties, Warehouse Turns One

Share All sharing options for: From Deviled Eggs to Dance Parties, Warehouse Turns One 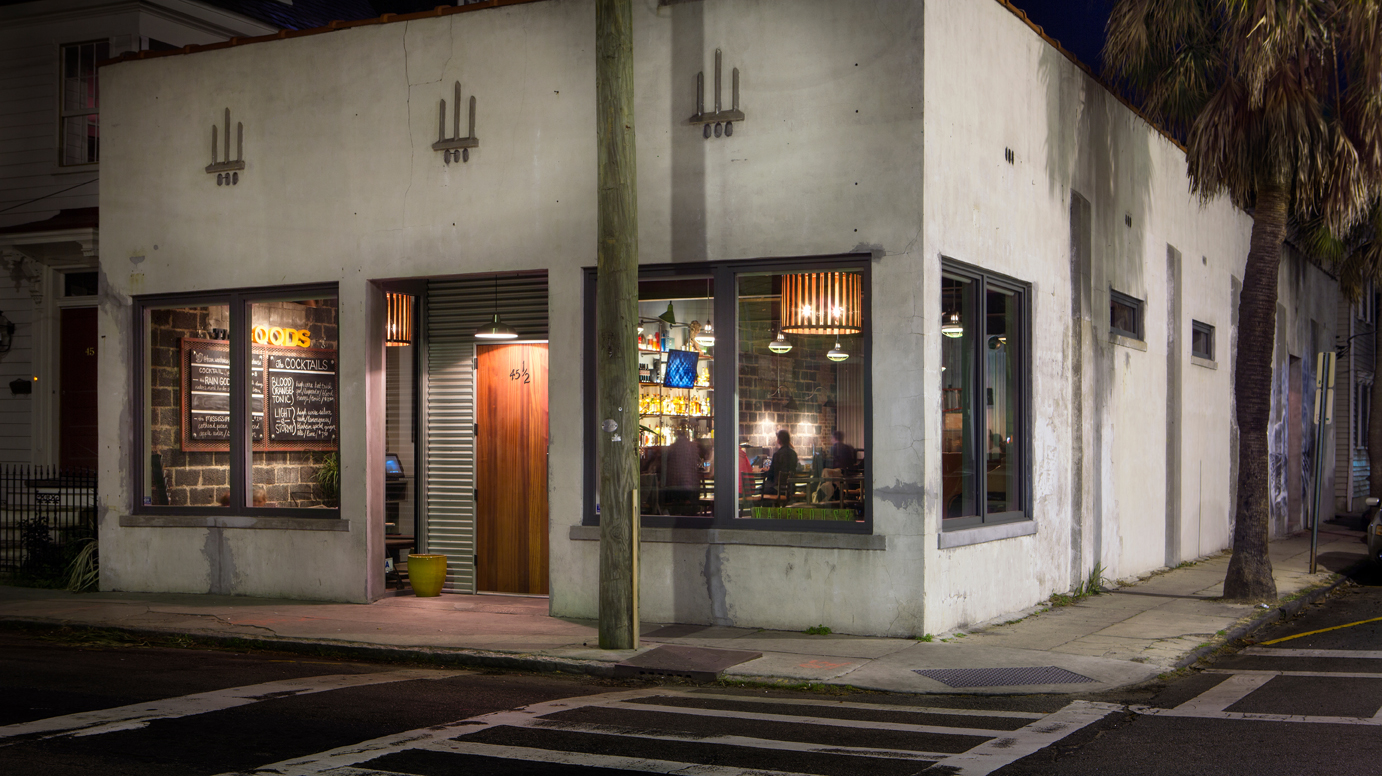 In honor of their first anniversary, downtown hip hangout Warehouse threw a grand fête last night. There were bands, DJs, free swag, cheap drinks, and a big dance party full of jubilation and merriment. It was only fitting that co-owners James Groetzinger and Joey Rinaldi wanted to share the celebration with the community that helped make the bar's first year a success.

Among other accolades, they've graced the pages of Garden & Gun, made it on Zagat's "11 Hottest" list, and stayed on the Eater Heatmap until they aged out. Eater interviewed Groetzinger to talk about what's been happening under the Warehouse roof since that first day.

How did Warehouse come to be?
My partner, Joey Rinaldi, and I both worked in restaurants. I worked in restaurants in Charleston for five or six years, and I like to eat out. I live downtown, and I think that Charleston was full of a lot of really great bars, but I found there were a lot of people, like myself, that didn't have a go-to neighborhood hangout. I felt like a lot of places were super high-end, which is great—you've got cocktail bars, Hall's, Charleston Grill, The Belmont, and all these great places on King Street. And on the other end, you have awesome bars like Moe's, Rec Room, O'Malley's, and AC's. I was trying to find something in the middle. I wanted a relaxed atmosphere, where you can have fun, have some drinks, get a really good cocktail or glass of wine, and get good service as well. The concept was being able to bring a hybrid of different places in Charleston into one.

Warehouse came about because this project took two years of planning before construction even started. Obviously, I had my eye on real estate, which is a big thing in Charleston. I had opened The Grocery, and I used to park over here. I started walking by this building and I thought, "That's the space. It has to be." I knew the ceilings were going to be big. I knew the space was going to be awesome. It had that industrial feel that my partner and I both liked in design. We were shown the space, and I walked in and said, "This is it." We had looked at other places on King Street and other parts of town, but this was the one. The space itself started to dictate the design, layout, and vibe. It helped mold the concept into what it was—and the name as well. We were standing in here one day, and said "It's a warehouse. We're going to call it Warehouse." And that was it.

When you started, did you think food was going to be a big part of what you were doing here?
Yeah. We always said we wanted to be a bar with good food. We expected our beverage program was going to be our strong point. We didn't have an opportunity to have a large kitchen, so we weren't sure how much the food program would grow. It took off right from the beginning. I'm happy with how much food we are selling. People have established us as a dining place and a place to come for drinks. Brunch has been really big for us. I think people love the space here on Sunday. I wanted to make sure we had a coffee program, good Sunday cocktails, and we do happy hour all day on Sunday.

Has the concept changed any over this year? What adjustments have you made?
You can never really expect what's going to happen when you build one of these places, and you open that door. You have a goal and a vision in mind. We got very busy, very quick—which is great—and we've stayed busy. In a normal restaurant, a lot of times, you have those beginning months to identify yourself and get your feet under you, but with being so busy so quick, it took us a bit longer to work out all the kinks than it normally would. That was the biggest adjustment—trying to deal with a really busy place and trying to figure out how we wanted to run it. I'm happy to say it worked out. My partner and I have tried to be in here every minute since it opened. I'm happy to say we've had almost the same staff since one, front and back of house, which is very rare. I'm proud of that. It's a small staff, so it's become like a family.

Did you have any reservations coming to Spring Street?
No. I was 110% sold on this location. It's such a unique building, such a unique corner. I came here at different times of the day to watch the intersection and see what was happening. I loved the neighborhood. I love the people that hang out over here. I was sold that this is where we wanted to be. The building is so awesome.

Who is visiting the Warehouse?
I like to think that almost every person in Charleston walks through the door, at some point here. Locals, tourists, old, young, rich, or poor. Of course, we had our concerns with the location of getting the college crowd, which wasn't our intentions, but I love our crowd. I love 99% of the people that come in here. And I've learned to embrace some of the younger ones too. It's not how old you are, it's how you carry yourself. I've had 70-year-olds in here sitting next to 22-year-olds, and they shoot pool together. It's worked out like a dream, with the crowd here. It depends on what night you come and what time of night, who you'll see. As an owner, it's a dream because I didn't want to be a place that was just a late night or happy hour or weekend place. I like to see the different types of people come throughout the week.

The menu changes a lot, but is there one signature you are not allowed to take off?
I'd say the deviled eggs are here to say. Some days it looks like a chicken coop back there. I really enjoyed the first time someone bought a round of eggs for their friends at the end of the bar. A lot of places, you'll send your friends a glass of wine, but at the Warehouse, you say, "That nice couple at the end of the bar—can I send them an egg?" Where else can you get a bite of food for $1.75 in Charleston?

What's the plan for year two?
Continue to fine tune the machine. Continue to grow. Continue to get better. Year two, I picture us getting a lot more involved with Charleston Wine + Food Festival, Charleston Fashion Week, and some of the bigger events we weren't involved with the first year. I think we've got a bit more time on our hands to focus on that. That's what I'm looking forward to.

And I couldn't do any of this without my staff. With the hours that we work, I couldn't do it without them. To have the awesome staff that we have has still allowed me to have a life. Of course, I'd love to open something else one day, maybe another neighborhood bar.
· 11 Hottest Restaurants to Visit in Charleston [Zagat]
· Eater Heatmap [-ECHS-]