The culinary community was surprised when chef Eva Keilty left Warehouse, late last October, just after she won acclaim for her quirky bar food menu. Keilty's plates remained after her departure, but with a spring menu revealed today, the public gets a better sense of the new(ish) chef, Emily Hahn.

Hahn previously ran the Empanada Mamma stand at the Farmer's Market, so it's no surprise the doughy packets of goodness made their way to the updated offerings. They'll change with the season and are listed under "Sweets."

In a previous interview about the food at Warehouse, Keilty said "We have nice cocktails, and we have nice beer—people don't want to necessarily eat a burger." but with her gone, a beef on bun option made its way to the menu. The new patty is covered in cheddar, pork belly, aioli, and chow-chow.

Other changes include a fish and chips dish, some new sandwich options, and salad/soup additions. See the whole menu below. 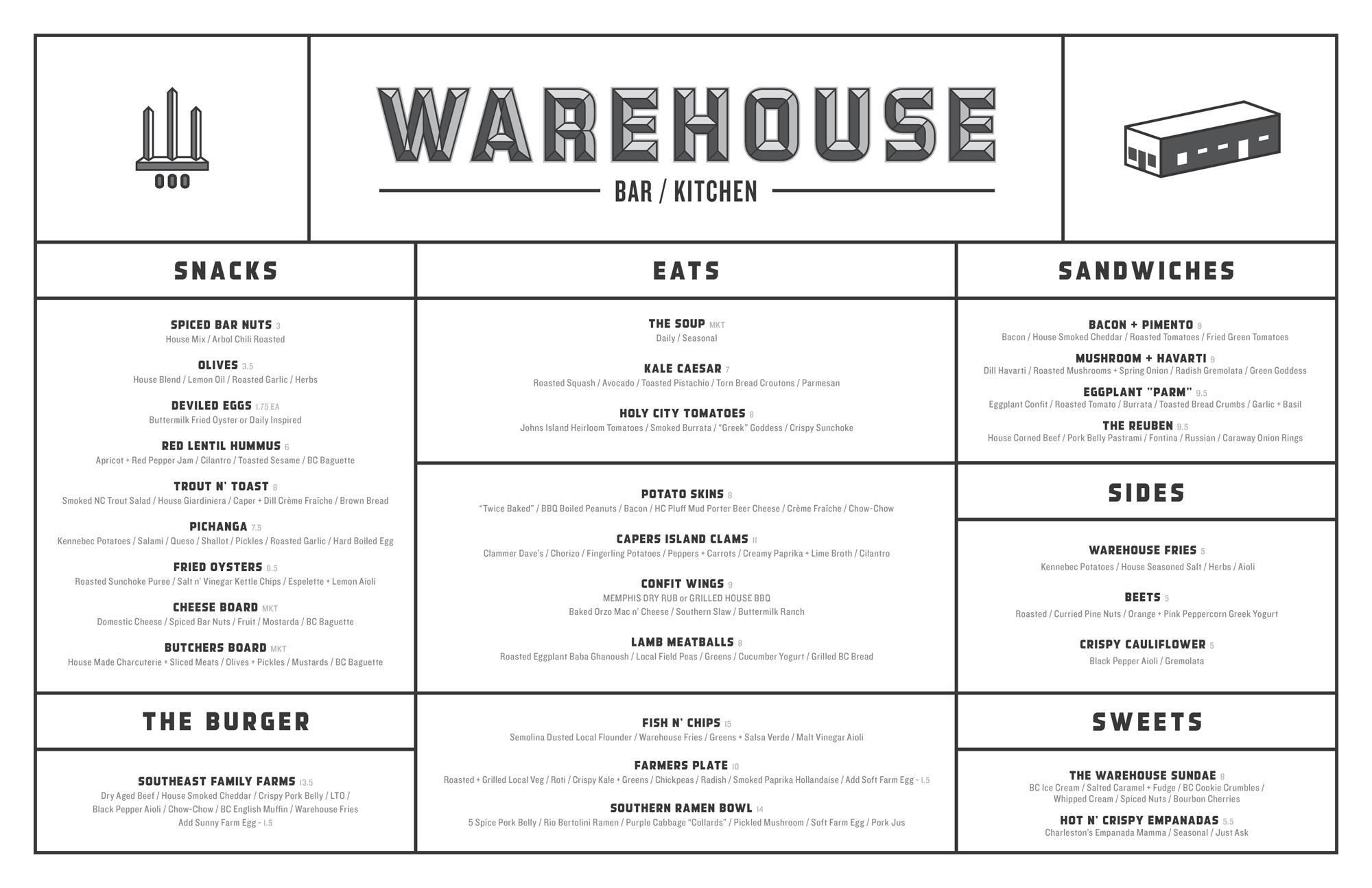