Almost Two Decades Behind the Counter at Gilroy's

Share All sharing options for: Almost Two Decades Behind the Counter at Gilroy's

Welcome to a special edition of Lifers, a feature in which Eater interviews the men and women who have worked in the pizza industry for over a decade. For Pizza Week 2014, Eater tracked down a few owners who have been with the same establishment for the better part of their career. Here, Eater chats with Brian Wolter, owner of Gilroy's Pizza Pub. 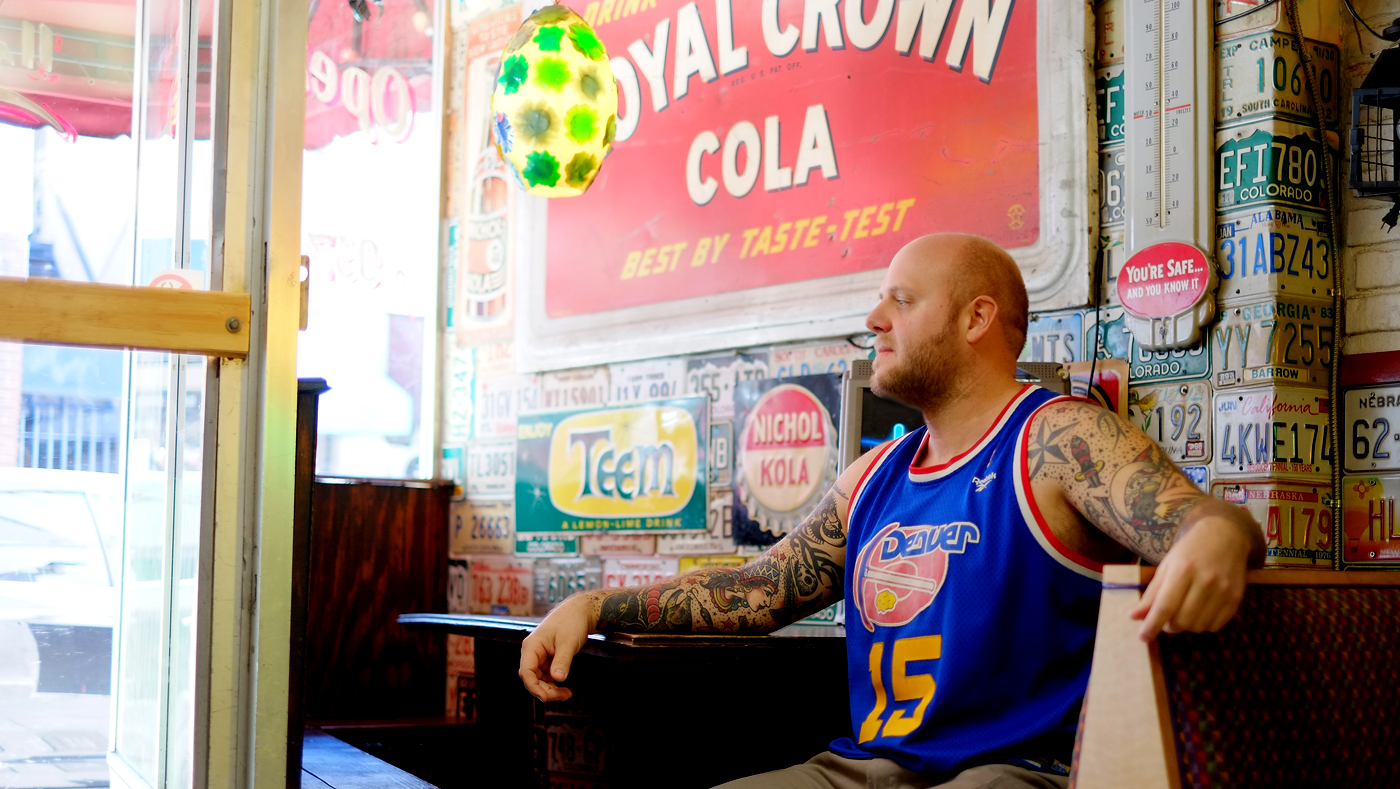 There's a special place in every late night reveler's heart (and stomach) for the local open-past-midnight pizza parlor. Each college town has a favorite, and these small independently-owned spots often become the subject of nostalgia once students leave town. Gilroy's Pizza Pub is Charleston's answer to the post-bar munchies destination of alumnus' later, wistful yearnings. Yes, they serve lunch and dinner, but there's something noteworthy about an establishment that stays open till 4:00 a.m.

The pizzeria stakes a claim as the second longest-standing eatery on King Street (Old Towne has them beat). Owner Brian Wolter bought Gilroy's in 1998 and has observed the changes to the area over time. He shares his experiences with Eater, here.

How did you get here?
I moved out here from Colorado in 1998, when I was 18, right out of high school. My brother lived here, and he worked at a crazy bar called Red Hot Tomatoes. I moved down here just to visit him, and I ended up staying. I started working here—I had originally planned on going to the College of Charleston, but I was going to wait a year and try to get my residency—but I liked working here. The old owner Brian Gilroy's wife was in medical school, so he had to leave, because she did her residency in Pennsylvania. I worked out a deal with him and ended up buying the place.

How was the atmosphere changed since you came aboard?
This was the hot spot, 16 years ago. They called it the KGB district, which was King, George, Burns [Streets], and all the bars were down here. Everyone would either go out to the Market or they'd come here. Those were the only choices. And now, we have a very quiet part of King Street. Everything is on Upper King. We've been able to still maintain our business, because we're close to the College, and everybody catches us on the way home. There's still a few bars along here, but not like it used to be.

Has the customer base changed at all?
You know, when we started up, we were probably doing 70% delivery and 30% carry-out, and now it's switched. I don't know why, but it's about 70% eat-in. When I say carry-out, I mean eat-in also. As far as the clientele, we have a calmer crowd in the daytime, and as the night goes on, it gets rowdier. A lot of that has to do with the bars and drinking. We have a lot of College of Charleston employees and businessmen that come in the daytime, but then late at night, we have a mix of tourist, with college crowd, and food and beverage workers that are out till 2:00 a.m. or 3:00 a.m.

Have the types of employees changed over the years? Do you have any guys that have been here the whole time?
Yeah, Jack [Ingle] has ran with me, and owned multiple stores with me. He's been here 15 years. We have two types, we have the kids that are going to college and the kids not going to college. When I say kid, they could be up to 30 years old. But, the kids that go to college, they work here, and try to work it into their schedule, and when they're done with school, they tend to move on. Where as the other ones, a lot of my employees, I've had them for six, seven, and eight years. We usually start people off as much, or more, than people working in fine dining. My guys used to joke that they were making more than the assistant sous chef at such and such restaurant.

Did you switch the menu around when you took over?
We didn't. We left everything the same. It worked. Throughout the years we've added wings and a few sandwiches and specialty pizzas, but overall the recipe has been the same.

Have you seen a change in how people order?
Everyone complains about money, but nowadays, people aren't as concerned about prices as they were back then. We've always put out the same amount of coupons. We put out hundreds of thousands of coupons a year. From dorm rooms, to mail out, to the City Paper, people used to bring them in more on a regular basis, and now we take 75% less coupons. It's funny.

Do you think that might be because compared to the other restaurants popping up, Gilroy's is comparatively a steal?
Maybe.

What's the most popular item?
A good ol' pepperoni pizza. Lately, for the past five years, we've done bring your own beer. Four people can come in and get a $12 large pizza and a six pack of beer from across the street for $6 or $7. You can have a couple of beers and a pizza for under $20 for four people. Whereas, if you go down to another place, four people and and a round of beers is $40 or $50. But I'll eat at those other places too.

Do you still eat here?
I still come down here to eat lunch with Jack nearly every day. We eat the same food.

What's your order?
We make a lot of custom sandwiches that aren't on the menu. The Philly is good—the chicken Philly. We kind of rotate what we eat. There's one called the Riverdog I really like. My kids eat pizza twice a week. It's easy, quick, and cheap.

What was the appeal of working for a, for lack of better word, "dive" pizza place?
When I moved down here, I was a mechanic. In small town Colorado 16 years ago, I was making $12 to $15 an hour—I was making good money. I moved down here, and it was backwards. Places like Gerald's would only hire me for $6 an hour. It was ridiculous. So, my brother said, "I know this guy Brian Gilroy. Why don't you go down and see if you can delivery pizzas?" I actually thought that was a joke, because where I was from, the restaurant people were different than they are here—it wasn't your first choice of employment out there. When I moved here, I realized it was a whole different industry in itself and a lot of people make a really good living. My first night delivering pizza, I made $200 and I was hooked. And it was one of the easiest jobs—besides putting up with the drunks—that I've ever done. It beat getting all greasy under a car.

Do you still show up late night here?
I show up quite a bit late night, and there's a lot of craziness that happens. We always get bashed on reviews online. I read them, and a lot of it has to do with late night. People will come in drink, belligerent, and rude. We'll have someone who will get mad, and suddenly they're ripping out phone off the counter and throwing it on the ground. It's like, "What are you doing?" There's will be a nice normal kid, but he's totally drunk and peeing on a car outside. It's that sort of crowd. Sometimes people go out and hit it a little too hard, and then after they eat the pizza and sit down for 30 minutes they change. After they eat, they feel 10 times better and end up wandering home.
· Gilroy's Pizza Pub [Official]
· Old Towne [Official]