Share All sharing options for: Bill Murray, Harold's Cabin, and the Westside

To keep your buzz-o-meter humming, Eater has yet another opening announcement for the north and west sides of downtown.

Say hello to Harold's Cabin. Harold's opened in the 1920s as a snow cone shop at the intersection of Congress and President Streets, expanding to a high-end grocery store and lunch spot by the 1940s.

The menu isn't finalized, but the concept is a fresh market cafe, with full-service breakfast, lunch and dinner, according to Yarrum's project manager Ben Danosky. The two-story building will seat up to 65, in addition to an all-day grab and go grocery focusing on fresh fruits and vegetables, as well as kitchen staples like milk.

The restaurant is keen on using local products and will feature a small menu with 6-8 items for breakfast and 10-12 items for lunch and dinner, along with 2-4 daily specials.

The rooftop area of the building will house a restaurant garden with herbs and veggies to be used in the kitchen below.

According to Danosky, John Schumacher is the creative genius behind Harold's culinary concept. Schumacher, the food and beverage director for the Goldklang Group, which includes the RiverDogs and four other minor league baseball teams, might be best known for his Homewrecker, among other gluttonous Riverdogs foodstuffs. Danosky doesn't think that Harold's will put much emphasis on hotdogs, though.

As of press time, Danosky and Co. were out and about garnering neighborhood support in the Westside and Wagener Terrace. Harold's Cabin will go to the Zoning Board on April 1 for a parking variance and second story business approval, and if all goes well, the group hopes to open in late fall.

Danosky said that he'd had "good conversations" with at least a couple of local chefs interested in manning the kitchen, but Harold's hasn't formally chosen anyone for the back of the house as of yet. 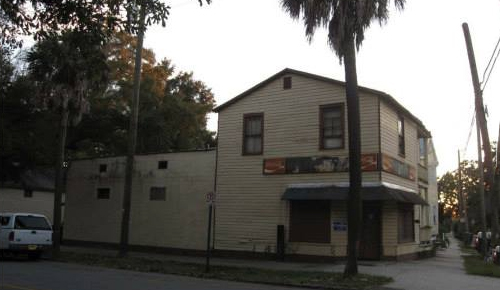 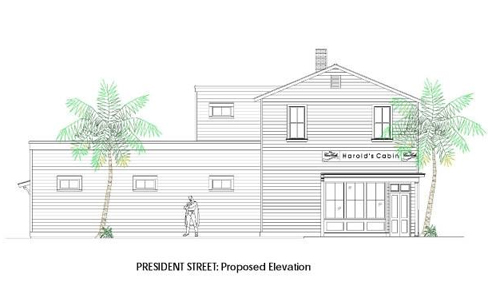