Eater recently stopped by the office of Brooks Reitz, co-owner of upcoming Leon's Oyster Shop, to take a look at the music collection for the highly-anticipated restaurant. The fried chicken/raw bar establishment at 698 King St. should be open this spring. What follows is a transcript of our chat as he let us sift through the discs. 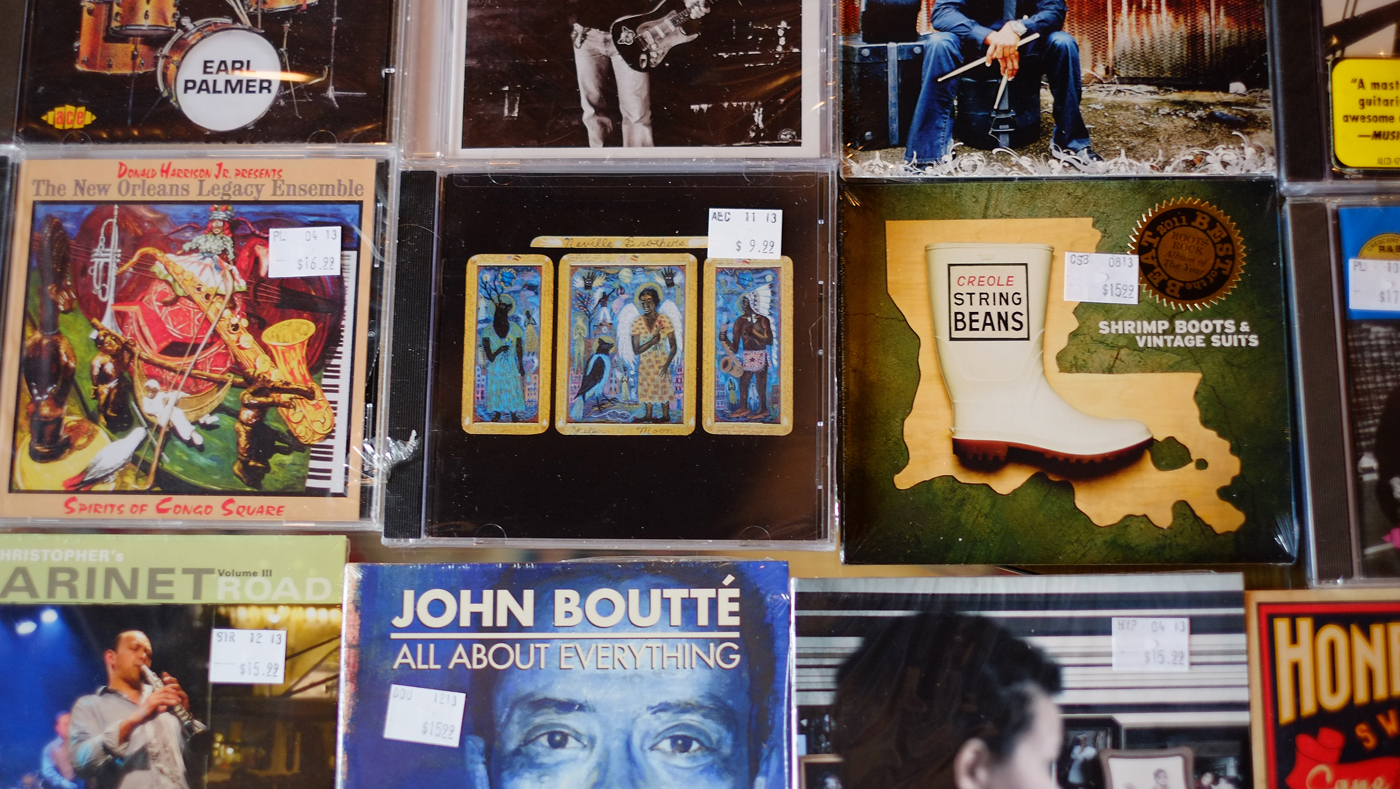 This is just an example of the sort of stuff we've got. [Reitz pulls out a massive box of CDs.]

When Tim [Mink] and I were traveling—doing some inspiration trips and talking about the concept—we were sitting in a bar in New Orleans, and Tim went and put some music on the jukebox. The first song that came on was artist Ernie K-Doe. He had a very popular hit called "Mother-In-Law." We're sitting there having a cold beer with the doors are open—it's a beautiful day—and the song is on the jukebox. I tell Tim, "This song is the mood of the restaurant. This sort of encapsulates what I think the restaurant should be like." It's sort of this bright, airy, cheery song. I said, "We have to play Ernie K-Doe."

From there began this discussion of restaurant music, and how a lot of it these days is formulaic—somebody puts on a Black Keys Pandora station, and you hear all the same stuff. Restaurant music can be such an important part of the experience. So what we did, is we went to this old New Orleans music store, The Music Factory, I think, and basically picked out 250 quintessential rock, soul, R&B, and jazz artists. Then we put in a very nice sound system across the street [Reitz's office is across from Leon's]. We'll basically have a 400 disc CD changer rather than Spotify or Pandora, and it's going to play each album at a time on a loop.

When I started playing full albums at FIG, I liked it because there was a consistent mood and a story the albums are telling. We want to stick with that here rather than jumping around. You've got these consistent stories you're playing all the way through.
· All Leon's Oyster Shop Coverage [-ECHS-]
· "Mother-In-Law" [YouTube]
· All FIG Coverage [-ECHS-]