The temperatures might be dropping, but this is not hibernation season for restaurateurs. There's plenty of exciting dining options coming to the Lowcountry this winter. For example, brewpub Edmund's Oast has had beer lovers salivating since its first mention and everyone is still wondering when European comfort bistro Chez Nous might open. As always, Eater is obsessively tracking the progression of all the premiers—from menu releases to newly installed signage, come here for the latest updates. This list encapsulates the places garnering excitement this season.

1) Chez Nous
Location: 6 Payne Ct., downtown
Owners: Patrick and Fanny Panella
Projected Opening: November 2013, Winter 2014
There was lot of buzz surrounding forthcoming cafe Chez Nous, in the fall, including a nod from Eater National. However, the projected deadline lapsed (these things happen). Charleston is still waiting to see if the owners behind beloved oenophile favorite Bin 152, Patrick and Fanny Panella, will bring the same brand of cozy comfort found in their first place to the new restaurant. If the eatery is as beloved as the wine bar, then it will be well worth the wait. 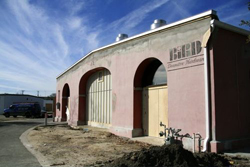 2) Edmund's Oast
Location: 1080 Morrison Dr., downtown
Owners: Rich Carley and Scott Shor
Projected Opening: February 2014
When co-owners of the highly revered Charleston Beer Exchange, Rich Carley and Scott Shor, decided to open Edmund's Oast, everyone knew it would be something special—after all, these were guys were integral to the craft beer movement in South Carolina. Now, they will have brewer Cameron Read coming up with batches of goodness, former FIG sous-chef Andy Henderson in the kitchen and Eater Young Gun Jayce McConnell behind the bar. The team is strong, and this brewpub is set to be a destination restaurant in the Southeast.

3) Leon's Oyster Shop
Location: 698 King St., downtown
Owners: Tim Mink and Brooks Reitz
Projected Opening: The first of the year
Combine fancy champagne, cheap beer, fried chicken and a casual raw bar all housed in an old auto body shop and you'd find Leon's Oyster Shop. The duo behind the new concept on Upper Upper King has plenty of years of restaurant experience between them, so it's predicted to be a hit. Eater National even gave them a nod for being a highly anticipated opening for 2014.

5) The Park Café
Location: 730 Rutledge St., downtown
Owner: Karalee Nielsen Fallert
Projected Opening: Winter 2014
After Chinese place Lee Lee's Hot Kitchen opened, Karalee Nielsen Fallert promised she had a second eatery in the works for above the Crosstown called The Park Café. It will be housed in the old Granville's address. The restaurant will be a breakfast, lunch and dinner place, with brunch on weekends. Fallert wants patrons to be inspired by Hampton Park, in warmer weather, and grab to-go picnics or, on colder days, bundle up with a coffee. 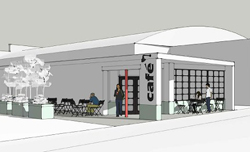 6) St. Alban
Location: 710 King St., downtown
Owners: Tim Mink and Brooks Reitz
Projected Opening: The First of the Year
As of right now, there aren't many options for fine wine and highly curated coffee selections above the Crosstown, but St. Alban could fill that niche soon. Mink and Reitz hope the café will be a neighborhood gathering place to sit down for a cappuccino and croissant or a Bordeaux and Boursin with baguette.