8 Openings to Watch This Fall

Share All sharing options for: 8 Openings to Watch This Fall

Fall means football, crisp leaves, cable knit sweaters and a slew of new restaurants opening around the Lowcountry. Eater is obsessively tracking the progression of all the premiers—from menu releases to stalled permits, you'll stay informed. There's a wide range of cuisines coming to Charleston, and those heading up the projects range from oenophile favorite Bin 152's owners to a New Jersey native with two successful pubs under his belt. From gluten-free baked goods to multiple beer gardens, you're sure to find a new favorite on this list of anticipated openings.

1) Chez Nous
Location: 6 Payne Ct., downtown
Owners: Patrick and Fanny Panella
Projected Opening: November 2013
There's a lot of buzz surrounding forthcoming cafe Chez Nous, including a nod from Eater National. The owners behind beloved oenophile favorite Bin 152, Patrick and Fanny Panella, will bring the same brand of cozy comfort found in their first place to the new restaurant set in a residence from 1835. The menu will consist of two appetizers, two entrees and two desserts and will remain the same through lunch and dinner. They want the place to feel like you're sitting down to eat in a friend's home. Co-owner Fanny's family grew up in South West France, and she wants to showcase the simple food of that region. The smallest restaurant in Charleston with only 30 seats is set to make a big impact. 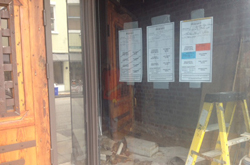 5) Leyla
Location: 298 King St., downtown
Owners: Joseph and Dolly Awkar
Projected Opening: September 2013
Those who work downtown often bemoan the lack of regional cuisines other than Southern. The popularity of creative Asian cuisine spot Xiao Bao Biscuit shows that the peninsula is ready for something more exotic than shrimp and grits. Upcoming restaurant Leyla will introduce Lebanese cuisine to Charleston. The menu has yet to be released. 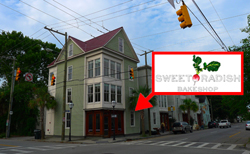 6) Sweet Radish Bakeshop
Location: 207A St. Philip St., downtown
Owner: Julia Ingram
Projected Opening: September 2013
Highly anticipated Sweet Radish Bakeshop will soon bring gluten-free goodies to Charleston. Those who suffer from celiac disease and gluten allergies will be delighted to find owner Julia Ingram's kitchen will be certified as gluten-free. Ingram hopes that even those who can consume wheat products will enjoy her brand of tarts, muffins, cookies and brownies. 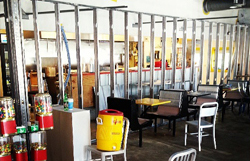 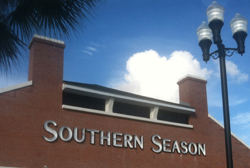 8) The Southerly Restaurant and Patio
Location: 730 Coleman Blvd., Mount Pleasant
Chef: Chad Billings
Projected Opening: September 2013
All day restaurant The Southerly promises something for everyone on their expansive menu. Housed in gourmet store Southern Season, this new spot certainly has a massive stock to pull from for their plates. Look for inventive menu items like cornmeal-crusted oysters with cured chorizo, Oaxaca cheese and baby spinach or roasted beets with cauliflower purée, smoked farmers' cheese and crispy black-eyed peas.
Look for updates from everyone on the list and any surprise openings this fall.
· All Coverage of Fall Previewing [-ECHS-]