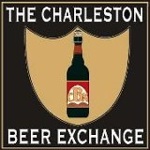 A quick update from beerland. The Morrison Drive brewpub from the Charleston Beer Exchange team will be called Egan's Oast, according to a Post and Courier report. They told the P&C it "will feature its own on-site brewed craft beers as well as an outdoor German-style beer garden that will be able to accommodate about 200 people...." [P&C]