Share All sharing options for: Industry Experts Name Their Best Meals of 2013 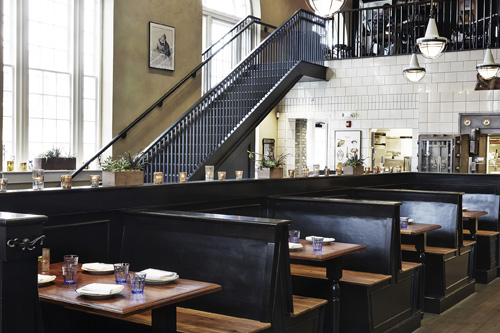 [Photo of The Ordinary: Squire Fox]

Robert Moss, author of Going Lardcore and restaurant critic for City Paper:
Any of the half-dozen wallet-bruising fiascos I've enjoyed at The Ordinary.

Angela Hanyak, writer and restaurant critic for City Paper:
The Ordinary, when someone else was paying.

Caroline Nuttall, Publisher CHARLIE:
I hate to name the same place two years in a row, but a fact is a fact. My best meal in 2013 came from Lucca. I had two foodie friends in town and we ate like kings for three days straight, every single meal. The stand-out from our glutinous Tour de Charleston was Lucca, where Ken practically forced us into the quail, which none of us thought we wanted but oh...my...goodness, were we wrong.

The highlight was a plate of little pillows of homemade pasta and the most delicate little scallops. I felt a pang of sadness when the plate was empty. Chef brought in some special wine from his car and we drank two perfectly velvety bottles. My friends said it was the best Italian food they had ever had, even when in Italy. It was without a doubt my single best meal of 2013.

Charles Powell, author of Foodmancing The Girl:
Memories at the Mansion in support of Chase After the Cure.

Erin Perkins, editor Eater Charleston:
A friend and I went to FIG for a small snack of pâté and rosé, but a torrential downpour trapped us at the bar. Instead of going out in the rain, we decided to order one of every appetizer on the menu. From the tomato tarte tatin to the ricotta gnocchi with lamb bolognese, everything was melt-in-your-seat delicious.