Share All sharing options for: Friends of Eater Name Top Newcomers of 2013 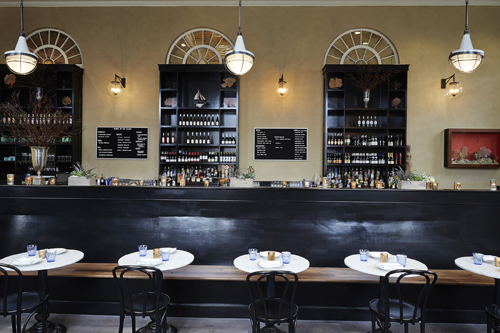 [Photo of The Ordinary: Squire Fox]

Q: What are the top restaurant newcomers of 2013?

Charles Powell, author of Foodmancing The Girl:
Really hate to jump on with everyone else...but The Ordinary.

Angela Hanyak, writer and restaurant critic for City Paper:
Xiao Bao Biscuit. No other place excited locals and tourists in equal measure quite like Xiao Bao. Charlestonians have been struggling to pronounce "okonomiyaki" ever since.

Eric Doksa, writer and restaurant critic for City Paper:
It's still very new, but from what I've seen (and eaten), The Granary should have a big year. This is the stage Brannon Florie has been waiting for.

Erin Perkins, editor Eater Charleston:
It's hard to deny the impact and national press The Ordinary and Xiao Bao Biscuit brought to Charleston this year.