An Ode to The Belmont: A Bartender's Bar

Share All sharing options for: An Ode to The Belmont: A Bartender's Bar

The quiet, little cocktail bar The Belmont sits between Honest John's TV Repair Shop and a building under construction. Owner Mickey Moran set up the lounge in 2010 and has seen his stretch of King Street change dramatically. Since he opened, Moran's block has been joined by big culinary names like Stars Restaurant, The Grocery, Indaco and The Ordinary. But that hasn't affected what happens under The Belmont's pounded tin ceiling. It's still the same tavern that only allows 40 patrons in at a time, plays black and white favorites like Casablanca on mute and stocks some of the finest bottles in Charleston. Instead of penning our own ode to the place, Eater asks several bartenders around town why they enjoy Moran's intimate oasis. 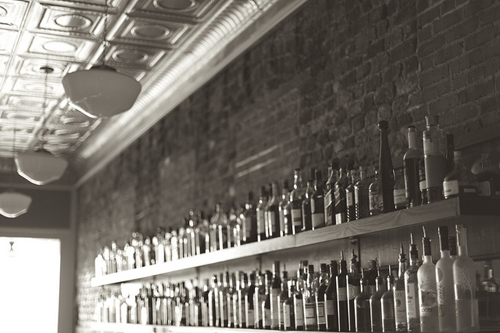 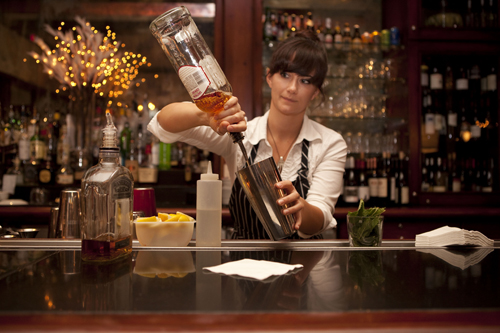 Loyalty-based, one, because I couldn't be a bigger proponent of Mickey Moran. He's absolutely my guy of choice. If I were to frequent anyone's establishment, I would frequent his laundromat if he had one. He's a good proprietor. And, two, because he's filled a niche. He's hit that sweet spot where you can show up, as is, even post-work, and not feel like you're a scuzzbucket. But, in the same vein, you can head there purposefully if you're going out. He did himself right by hitting it right in the middle. And it's a nice size; you're not going to get overwhelmed. He's got a 40 count, so you're never going to be somewhere where you can't hear anybody.
—Mariah Sweezey, Hank's Seafood Restaurant

I like the Belmont. Those guys make great drinks, and they have a nice liquor selection. Great bourbon/rye as well as Amaro list.
—Cullen Wyatt, The Macintosh

The Belmont is great because the shelves are populated with bottles, not as a decor element, but as an array of components for drinks. Many new bars have bottles that I watch gather dust, and I don't want to bother many bartenders with questions of how they would use the many bottles on display. I've spent years fascinated with not only the taste of each but the history of those who've made them, and who've liked them. A nerd like me digs into the fact that Doc Holliday loved Old Overholt, that Al Capone loved Templeton Rye. The least I can ask of a bartender is to know how to make a drink with each bottle on his or her shelf that would give me a chance to assess what I like. I know I will have that chance every night with every bartender at The Belmont.
— Joey Ryan, Xiao Bao Biscuit 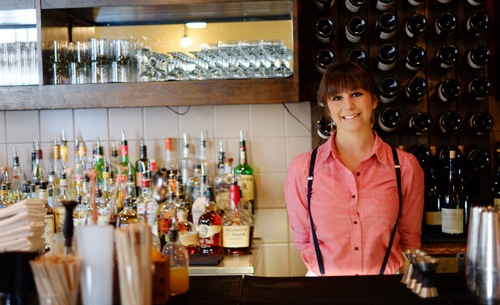 It's a nice place to go after work instead of going to a noisy loud bar. I can go there and have a drink and talk to everyone or talk to no one. I'm going to get a cocktail I really enjoy and that I can't get anywhere else in town.
—Allegra DiNardo, FIG

Mickey introduced me to Fernet, so I am forever in his debt, and I love "the action" there.
—John Himmelsbach, Xiao Bao Biscuit

I like going to The Belmont because they were one of the first cocktail clubs in Charleston. They kind of started it, so I like to pay tribute to that. They gave us a place to drink. A place bartenders could go to drink what bartenders drink. That's pretty exciting to me. Also, I like the crowd and the vibe. They're really into what they do, which I can really appreciate. Everything they do, they do with pride and precision, which is so key when you're looking at very detailed cocktails. Just the slightest one more ingredient than another can ruin a cocktail and they try to be as precise as possible, which I really appreciate.
—Andrew King, FIG

I like the Belmont because it's comfortable and consistent. They also have such a varied collection of spirits that, as many times as I've been, I've never had the same thing twice.
—Mick Matricciano, The Ordinary 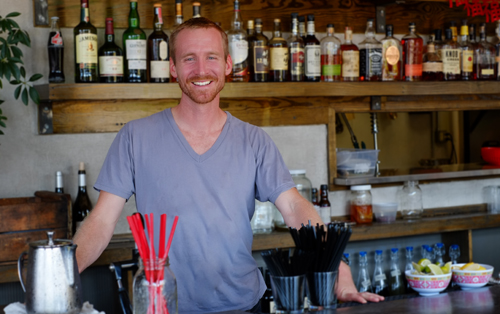