Progress is being made on Blue Marlin Fishhouse, the new seafood restaurant that's being built on the property of Charleston Harbor Resort and Marina. There's no word on the chef yet, but the place will have 350 seats, a patio and a rooftop bar that's being called The Yacht Club. 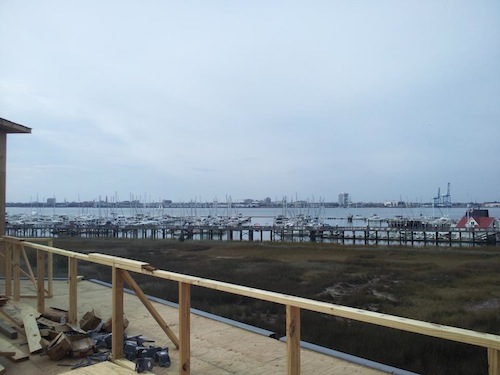 The scenery is there, but the work's not done
[Photo: Facebook]

Expect the interior to reflect the views. According to a press release, "The décor will keep with the Lowcountry feel of Charleston, with exposed brick, thick wooden beams on the ceiling and nautical accents." Right now, the team is hoping to open the doors and start serving dark and stormies in April.