Friends of Eater on Their 2012 Restaurant Breakups

Share All sharing options for: Friends of Eater on Their 2012 Restaurant Breakups

In keeping with Eater tradition, our closeout of the year is a survey of friends, industry types and bloggers. To kick it off in Charleston, we asked the group eight questions, ranging from the restaurants they frequent most to the biggest surprises of the year. Now, it's onto biggest restaurant breakups. Responses are in no particular order, and readers are encouraged to leave answers in the comments. 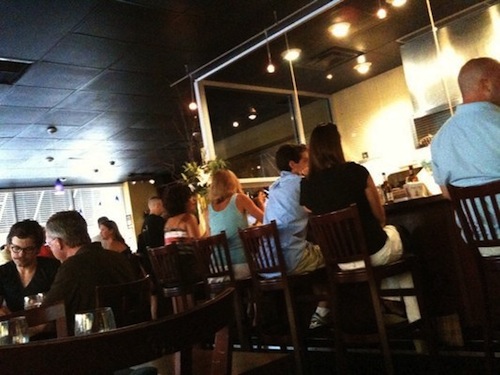 Q: What restaurant did you break up with this year?

Kinsey Gidick, assistant editor at Charleston Magazine: In Charleston, restaurant openings are a spectator sport. Local eaters speak in hushed tones over cocktails about construction updates and menu leaks. Vague tweets give way to social network chatter regarding opening dates, permit approval, and chef gossip. Add a Susan Lucci character to the Holy City dining scene and we'd have ourselves a solid series—All My Meals. Given this atmosphere, silence speaks volumes. My lips are sealed.

Holly Herrick, food writer/cookbook author: I hate to say "break-up," but I'm on extended hold with Basil. Their once fail-proof consistency has gone away. I'm praying it's temporary. They've been growing very fast.

Erica Jackson Curran, arts and scene editor at City Paper: They closed, but I got pretty frustrated with Granville's/Biggie's now-we're-open-now-we're-not game. The Wagener Terrace/North Central neighborhood could really use a consistent restaurant in that space.

Caroline Nuttall, Publisher CHARLIE: I run a magazine...I can't answer that! But, no, no bad break ups.

Eric Doksa, restaurant critic for City Paper: 17 North: With the departure of Brandon Florie, the restaurant might as well move much farther north.

Angel Postell, Director of Charleston Wine + Food: Lucky to say, I have don't have any unless they closed down.

Stephanie Barna, editor at City Paper: I hate to say it, but I think I broke up with Husk. Despite enjoying many visits there, I gave it up to the tourists in 2012. Husk just isn't easy to sneak into for a quick bite. You can't belly up to the bar and get down to serious business like you can at McCrady's or FIG. I'm going to have to put it back on my list for 2013 and see how it's changed over the course of the year.