Friends of Eater on Headline Predictions for 2013

Share All sharing options for: Friends of Eater on Headline Predictions for 2013

In keeping with Eater tradition, our closeout of the year is a survey of friends, industry types and bloggers. To kick it off in Charleston, we asked the group eight questions, ranging from the restaurants they frequent most to the biggest surprises of the year. And now, we revel in the possibility of what 2013 might bring. Responses are in no particular order, and readers are encouraged to leave answers in the comments. 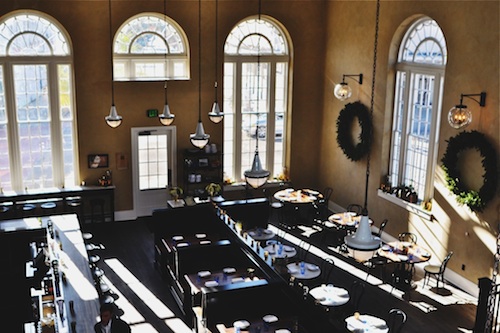 Q: What are your dining world headline predictions for 2013?

Erica Jackson Curran, arts and scene editor at City Paper: I hate to say it, but I think we might see some unexpected closings. King Street seems to be reaching its saturation point when it comes to restaurants.

Caroline Nuttall, Publisher CHARLIE: I'll take a cue from Mike Lata and The Ordinary and say "A Seafood Revolution" is coming!

Marion Sullivan, food editor at Charleston Magazine: The Ordinary will get the James Beard Award for Best New Restaurant

Angel Postell, Director of Charleston Wine + Food: World prediction is too big for me, but locally I hope to see more neighborhood dining. I think fine dining will continue to become less of the norm and more casual settings like The Ordinary will happen. I personally predict Sean Brock to reach real rock star status, maybe even join a band for kicks. Who knows amd if it happened, I would for sure be a groupie.

Holly Herrick, food writer/cookbook author: I think we'll slow down a bit with what I call the "Southern rustica" movement, snoot to tail and all of that. Hopefully move into broader ethnicity not just downtown, but also in Mount Pleasant, West Ashley, etc. I think lower price-points and higher flavor points and better all food will continue to be in demand for Charleston's increasingly spoiled dining out set. All the better!

Eric Doksa, restaurant critic for City Paper: It's already happening, but I think we will see more vegetables in everything from snacks to appetizers to mains to desserts.

Robert Moss, author of Going Lardcore and restaurant critic for City Paper: What will be hot in 2013: Apple brandy. Nashville. Gourmet fried chicken. Unusual raw shellfish (not just oysters). Serving food on platters lined with rocks, twigs, straw, and flowers. And, of course, the must–anticipated return of Baked Alaska.