Share All sharing options for: Friends of Eater on 2012's Biggest Dining Surprise

In keeping with Eater tradition, our closeout of the year is a survey of friends, industry types and bloggers. To kick it off in Charleston, we asked the group eight questions, ranging from the restaurants they frequent most to the biggest surprises of the year. Responses are in no particular order, and readers are encouraged to leave answers in the comments. 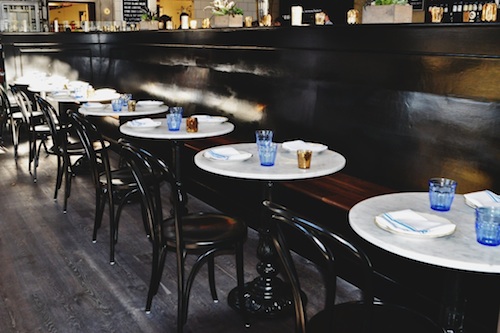 Q. What was the biggest dining surprise of 2012?

Matt Lee of The Lee Bros., authors of Simple, Fresh, Southern: The Ordinary opening on schedule!!

Stephanie Barna, editor at City Paper: So many restaurateurs moving to town to open restaurants.

Holly Herrick, food writer/cookbook author: It's a good one - the continued expansion of food trucks, food truck rodeos and presence all about town. Also, love all the great burger choices now, even at traditionally "high end" places like Cypress and Oak.

Caroline Nuttall, Publisher CHARLIE: There seems to be a shift to healthful eating more than I've seen in the past. You could turn down pork belly but not the hordes of new juicing spots that opened.

Annabel Jones, blogger/freelance writer: Our food went mobile with the surge in food truck popularity and the incredible bread from EVO's Craft Bakery.

Maggie White, editor at The Local Palate: That locals were inclined to criticize restaurants like Husk. There seemed to be this unsavory need for many people to vocalize their dissatisfaction and my impression was that the criticism was motivated simply by a desire to erode the acclaim and accolades Husk enjoyed in 2011. To me, Husk offers an exceptional culinary experience spearheaded by someone with a heartfelt vision of making Southern food sustainable and celebrated. His devotion is inspirational and Husk (and others of that ilk) deserves cohesive community support.

Erica Jackson Curran, arts and scene editor at City Paper: When REV's Izakaya Ramen closed after just a few weeks in business. That was fast.

Angel Postell, Director of Charleston Wine + Food: That two Charleston restaurants were selected by Esquire as Top 10 of the Year—The Macintosh and Carter's Kitchen. Good for them and Charleston--not sure that happens very often.

Katie Abbondanza, editor at Eater Charleston: I finally made my way over to burger night at Cypress and was shocked that lines weren't wrapped around the block.

Eric Doksa, restaurant critic for City Paper: I was completely and utterly shocked when I found out that Next Door closed, as every meal I had there was outstanding. And I still can't get over the fried chicken I had at Ms. Rose's – fantastic.

Robert Moss, author of Going Lardcore and restaurant critic for City Paper: Most surprising has to be the "farmer's pick" vegetable plate at The Lot, the new restaurant adjoining the Pour House on James Island. Utterly fresh and flavorful, it was the last kind of dish I would have expected to find in such a setting, and I am awful glad I did.