Friends of Eater on the Top Restaurant Newcomers of 2012

Share All sharing options for: Friends of Eater on the Top Restaurant Newcomers of 2012

In keeping with Eater tradition, our closeout of the year is a survey of friends, industry types and bloggers. To kick it off in Charleston, we asked the group eight questions, ranging from the restaurants they frequent most to the biggest surprises of the year. Responses are in no particular order, and readers are encouraged to leave answers in the comments. 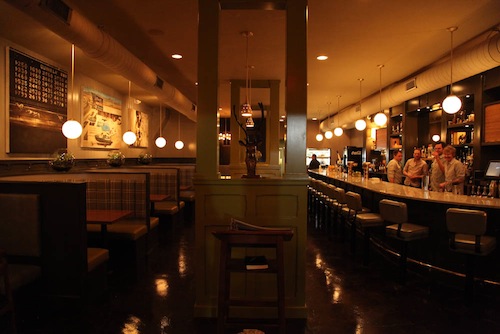 Erica Jackson Curran, arts and scene editor at City Paper: I'm already a big fan of Rarebit's cocktails and upscale diner decor, and, like everyone else, I can't wait to try The Ordinary. Ike's is a newcomer to City Paper's neighborhood on the upper peninsula — they have a $2.99 fried chicken plate so you know I'll be making that a regular stop.

Kinsey Gidick, assistant editor at Charleston Magazine: The Grocery – inspired food served with heart. I love the fact that this is really a family restaurant developed by Kevin and Susan Johnson. Heart Woodfire Kitchen – so happy to have a new brunch place and Heart does a great job. I've attempted to make their breakfast potatoes at home to no avail. All the more reason to go back for more. Xiao Bao Biscuit – I think we can expect big things from this new Asian soul food spot.

Caroline Nuttall, Publisher CHARLIE: My personal fave newbie of the year was The Macintosh. Anyone who serves decadent bone marrow bread pudding for brunch is good by me.

Robert Moss, author of Going Lardcore and restaurant critic for City Paper: For sheer buzz, Stars and The Ordinary. Less hyped but strong starters are Bon Banh Mi and the Lot.

Maggie White, editor at The Local Palate: Two Boroughs Larder. That place offers one culinary surprise after another. The unique space is wholly unpretentious and the imaginative menu is somehow not ostentatious. And Walter is the best mascot ever. Black Tap coffee was an awesome 2012 Charleston addition too.

Holly Herrick, food writer/cookbook author: I love The Macintosh. Am also fond of Two Boroughs Larder, HOM. Just getting to know Stars, The Lot and can't wait to try The Ordinary. Huge flavor promise in all of these options, I think.

Stephanie Barna, editor at City Paper: So far, I think Stars has impressed the most. Nathan Thurston is an incredible chef and it's exciting to see him get in the mix downtown.

Angel Postell, Director of Charleston Wine + Food: Of course The Ordinary. I have only been once and know it is going to be a home run. I love the new rooftop at Stars and my favorite new out of town restaurant is Mission Chinese Food in New York. Chef Danny Bowien, enough said.