Stars Rooftop & Grill Room is open, which means the transformation of the space from a former menswear store to a three-story restaurant is complete. The first floor has a reclaimed walnut bar and lots of the same Appalachian wood throughout, giving it a warm and cozy ambiance (and, of course, the fire from the surprisingly-not-scary "Grates of Hell" adds to that feel). The chef's table faces the kitchen, and is modeled off of the kind of booths that were popular in the first half of the twentieth century. With terrazzo floors and the waitstaff dressed in white suit jackets, the nod to an earlier era is apparent throughout.

Stars rooftop bar has 16 wines and 6 beers on tap, mirroring the selections on the first floor. The roof itself is expansive, with a different seating areas scattered around and plenty of spots to gawk at the sunset. If you squint hard enough and stick with it, the view includes seven of the Holy City's famous steeples. The planters that wrap around the deck are filled with herbs that the bar uses in their cocktails, and are incorporated into Chef Thurston's menu. 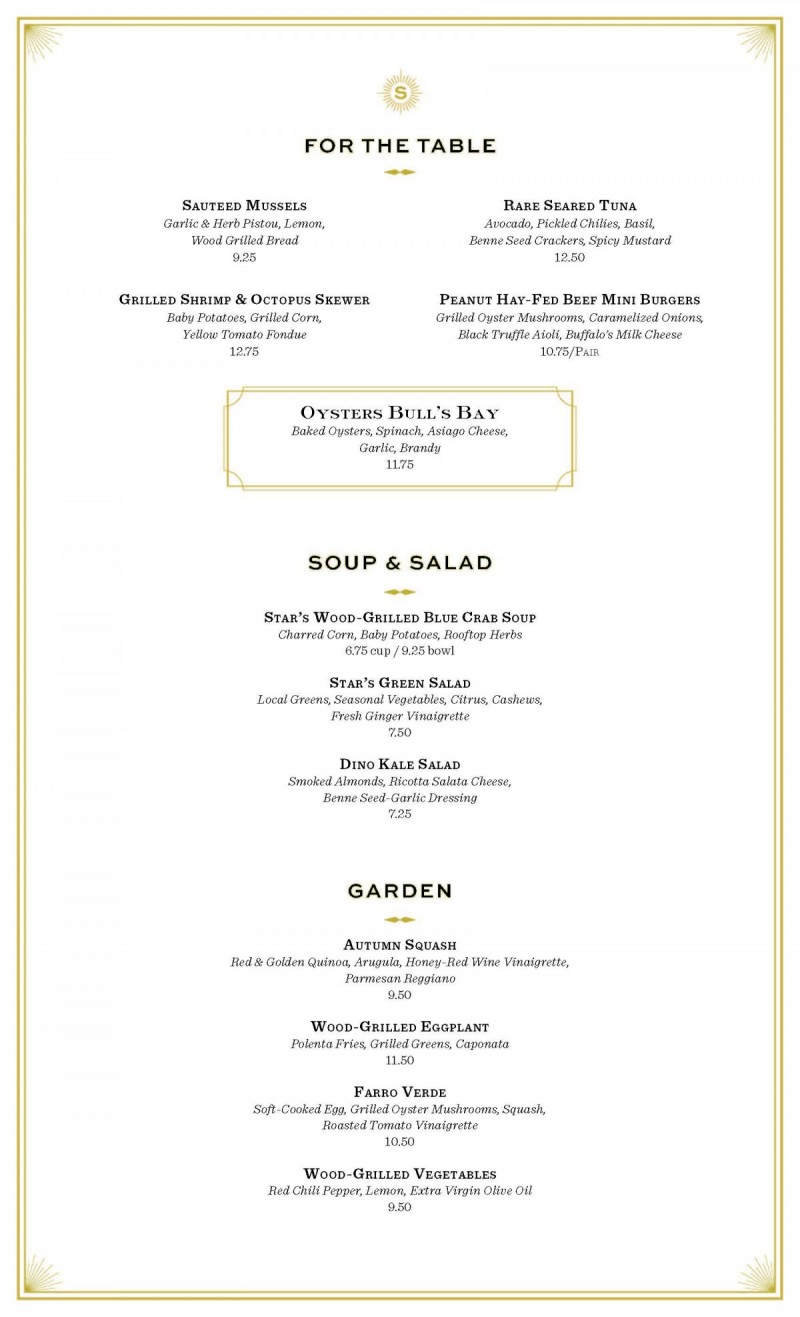